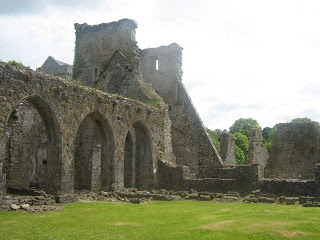 Just over a fortnight ago, myself and the children packed our frequently used picnic bags and headed off to meet with our homeschool group in Kells to find Kells Priory!  Firstly I checked our route with AA route planner, so we would not get lost as my sense of direction is terrible! 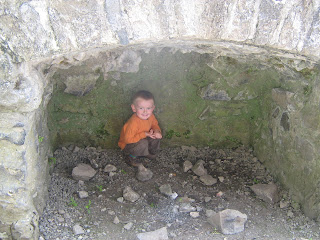 We had expected the journey to take us just under an hour but in actual fact it took about 20-30 minutes longer!  Mainly as we thought we were lost at one stage (but we weren't) and...Dylan vomited all over himself and his seat in the back!  Urgh!  He had, had a yoghurt just before we left and it was such a warm day, I had the air-con on in the car and windows open, but I guess my poor guy was just feeling hot and bothered anyway!  Luckily we were on a small country lane with a small 'pull-in' area just as he vomited!  I pulled the car in immediately and hauled poor Dylan out of his car seat so he could 'finish' his vomiting outside...then I pulled out a huge pack of wet wipes and began to clean his seat and seat-belt.  His clothes were soaked (and yes you guessed it, no spares packed!) so I wiped them as best as I could and wound them into the windows, so they would flap about wildly outside the car as we drove and would hopefully dry!...Thankfully as it was just fresh yoghurt (too much info I know) that came up it didn't really smell to bad! Boy, was my patience at zero at this point!  But within about twenty-five minutes of Dylan vomiting we arrived at Kells priory!  Hooray!  We nearly drove past it actually but we recognised another homeschoolers car there.  Thankfully Dylans clothes were dry, save for one tiny patch, so I dressed him again and we proceeded down the hilly field toward to priory itself. 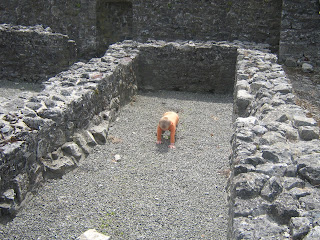 Dylan Was Pretending To Be A Crocodile!
As we were only the third family to arrive we decided to go on a walk around the grounds...an hour later I was starting to wish I had not gone for such a marathon, as it was so hot my ankles and feet were swelling up and I felt like an elephant trudging about! 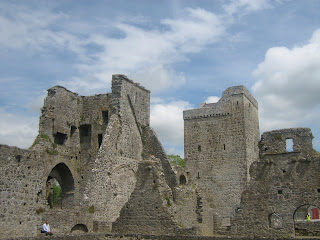 When we got back however lots more families had arrived and it was my favourite time of day...picnic time!  We had a wonderful picnic: fresh strawberries, hummous and tortilla chips, fresh salad sandwiches on homemade bread...Mmmm its making me hungry just thinking about it!  The children played for a long time amongst the ruins, hide and seek was the play of the day!  Although about three and a half hours later when Dylan played hide and seek on Mama it was not so fun and he then wanted me to chase him as he ran it the direction of the small river!  It was time to go!  So we packed everything in the car and we opened the windows and doors to let the vomity smell out (car had been sitting in the sun for hours yuk!)  we all piled in and headed for home.  Our journey home was much quicker as we then knew the route and Dylan was asleep within minutes!  Another wonderful day with the H.E.N network! 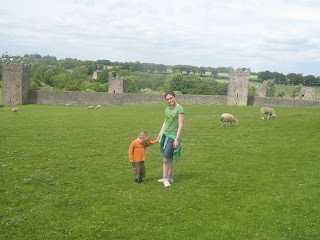 My Lovely Children (Dylan was being camera-shy!)
Posted by Sarah at 10:10 PM 4 comments:

Greenbeans In The Garden!

I just came across this wonderful music video whilst popping by the West ladies blog.  I just love this song!  As soon as I had listened to it a couple of times I called my daughter in, who also thought it was a lovely song.  As you may know the West family ladies are responsible for bringing to the world their Homestead Blessings DVD collection; a fantastic set of instructional DVD's showing the viewer how to perform homestead skills such as: canning foods, quilting, soap making, gardening and candle making...just to name but a few!  I just also realised that this song is available from the West's website here (just scroll down a bit).
I'm going to be singing this all evening!...
though I do not sound anywere near as good as the West ladies!
Posted by Sarah at 10:14 PM 1 comment: 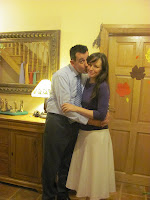 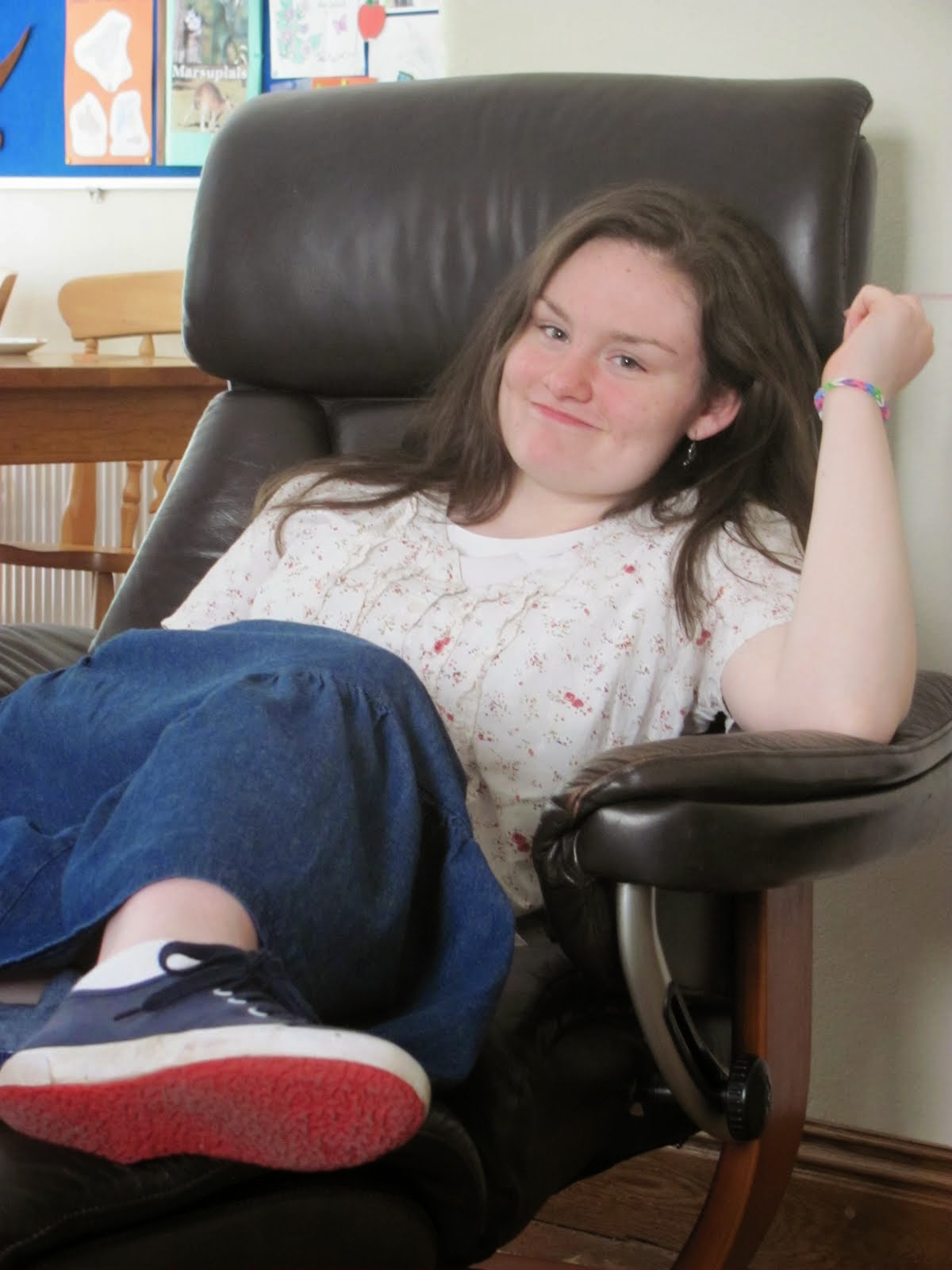 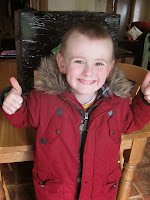 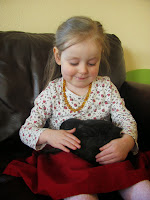 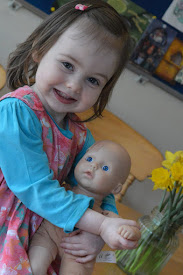 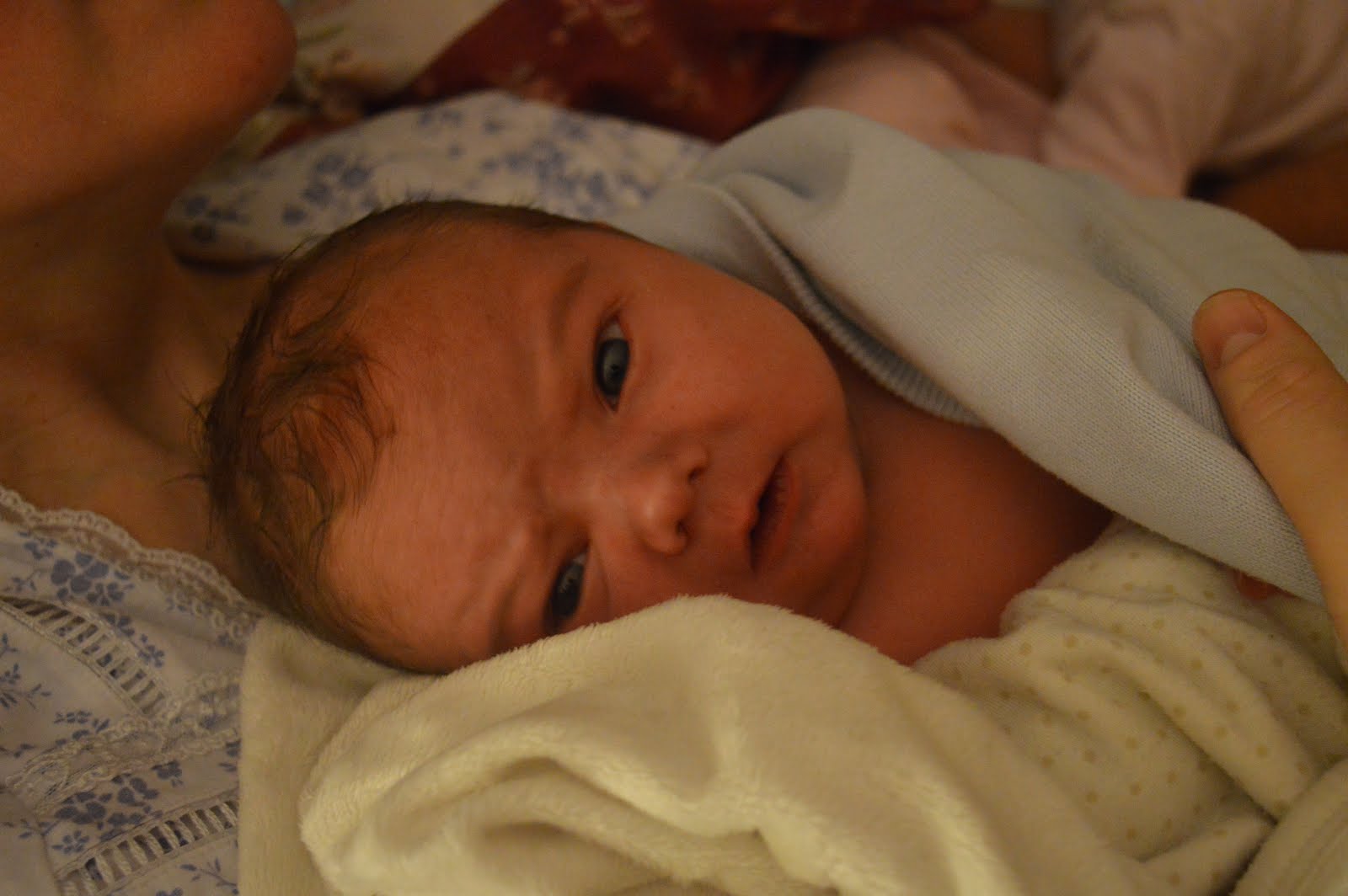